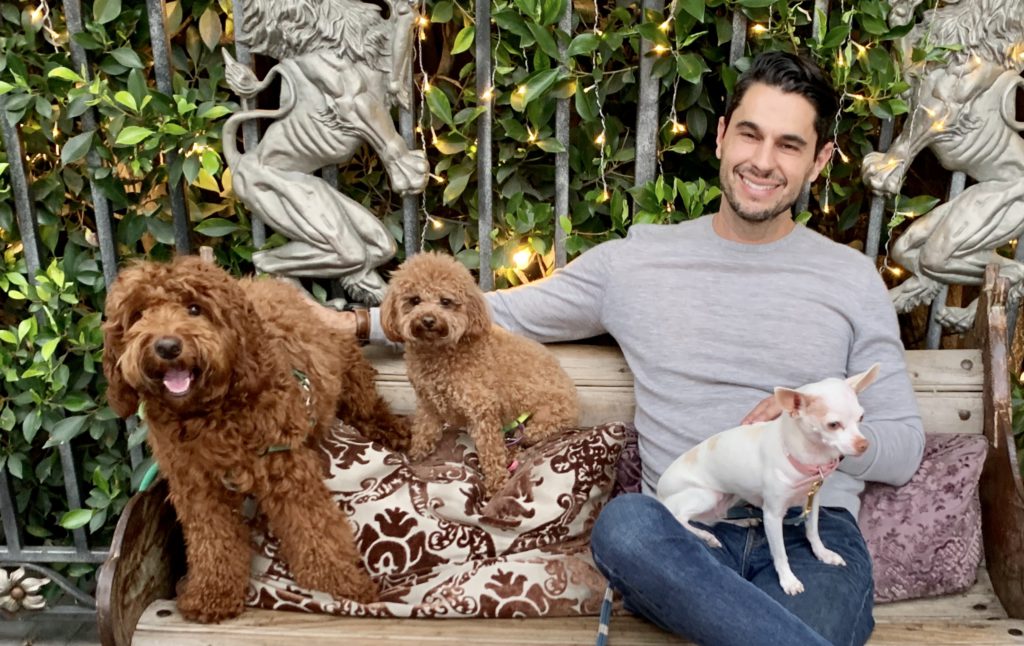 From left to right: Vince, Pablo, and Jipsy on Christiano’s lap.

First I want to start by saying that I love dogs and I have a dog. It’s the handsome one on the Left on the picture above (Vince).

Now we do have a dog problem Downtown and the main problem its not the dogs, but the owners.

What is causing the problem: